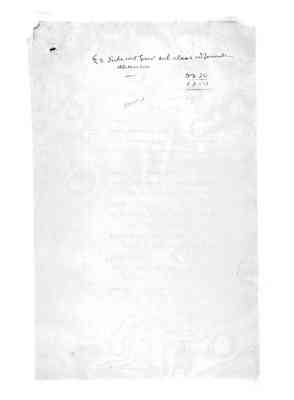 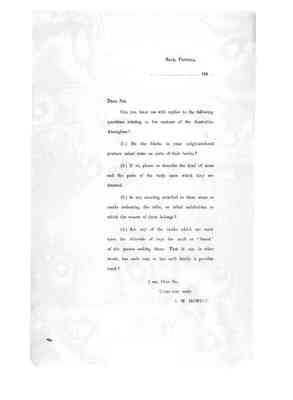 Can you favor me with replies to the following questions relating to the customs of the Australian Aborigines?

(1.) Do the black in your neighbourhool produce raised scars on parts of their bodies?

(2.) If so, please to describe the kind of scars and the parts of the body upon which they are situated.

(3.) Is any meaning attached to these scars as marks indicating the tribe, or tribal subdivision to which the wearer of them belongs?

(4.) Are any of the marks which are made upon the skin-side of rugs the mark or "brand" of the person making them. That is to say, in other words, has each man or has each family a peculiar mark? 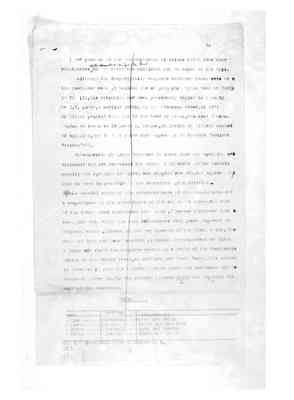 I now pass on to the consideraiton of tribes which have four sub_classes ^ with descent in the female line and of whic the Kamilaroi may be taken as the type.

Although the comparitively complete subclass names of a the kamilaroi were , I believe first publisded by the Revd Mr Ridley in IS (I), his attention had been previously called to them by Mr E.T. Lance, a settler living on the Clarence river. In 1871 Mr Ridley pointed them out to the Revd Dr Fison, who sent a memorandum on them to Dr lewis B. Morgan, following Mr Ridleys mathod [sic] of spelling, and in that guise they appear in Dr Morgans "ancient Society" (2)

After a careful study of the intermarriages of the sub-classes and a comparison of the inheritance of the sub-class names, ith that of the totem names associated with them, I became convinced that a each pair into which the four sub-classes fell, must represent an original whole, like one of the two classes of the Dieri tribe. after much and long continue enquiry, a valued correspondent mr Cyrus E Doyle xxx found the complete system in a tribe of the Kamilaroi nation at the Gwydyr river, in the northern New South Wales. This system is given at p , and the following table gives the marriages and descents unde rit. the two primary classes Dilbi and Kapathin are omitted for shortness. 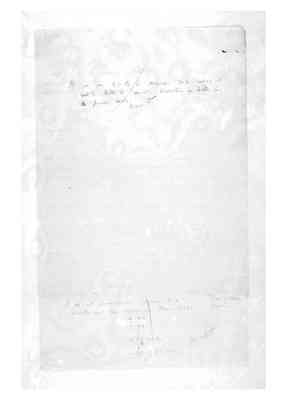 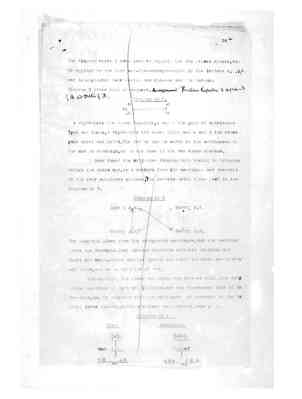