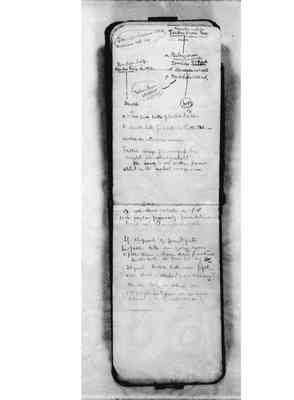 mothers do not arrange marriage

Father arranges for marriage for his daughter when about puberty This according to old William forms [?situation?] as to actual marriage.

If elopement of promised girl her father takes some young men to follow them - there are for instance Her older brother who gave her away Eloped brother + [??] fight with shield + club ([??] with boomerang)

then when both are bleeding the old people interfere - [??] you have blood (then they rub over) 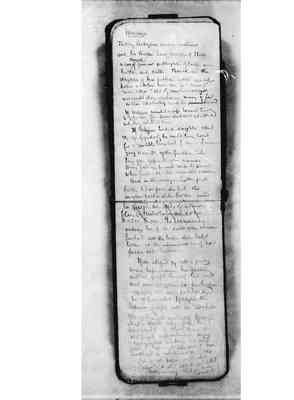 Marriage Taking Bebejern as an instance and his Brother Jack Wotherly then a son Berak of former + daughter of latter are brother and sister. Berak and the daughter of his father's sister are not brother + sister but are so "near to each other" that they cannot marrynor could their children marry as far as the relationship could be [placed - crossed out] traced.

If William wanted a wife he would know to get one from some distant place and not being related to him.

If Bebejern had a daughter about the age of puberty he would look round for a suitable husband for her. Some young man say of the Goulburn tribe being of the opposite class name. Having found one he must make it known to his friends i.e. the other old men

exchange her for the sister of the chosen husband with the bride's elder tribal brother - i.e. the [elder brother - crossed out] son of her father's elder brother.

If she eloped say with a Geelong man before marriage her father would not go after himself but would send some young men i.e. her brothers - especially that one who had exchanged her in present. If caught the [??] fought with the "[??]" of the girl - both armed with boomerangs clubs + shields. When both had been wounded i.e. blood drawn the old people would intervene saying "now you both lost blood" - making friends. Each would take some of his own blood + rub it over the other. 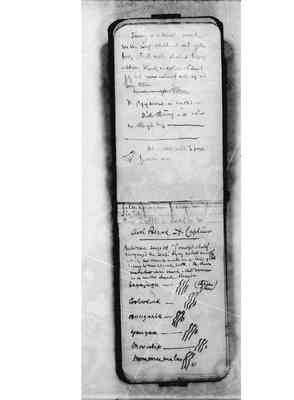 Turnung is a small animal see the rough sketch at end of this book. Tail rather short & hairy -silvery black in colour. Cannot fly but runs actively all up and down trees

[Is not one of the Totems - crossed out] 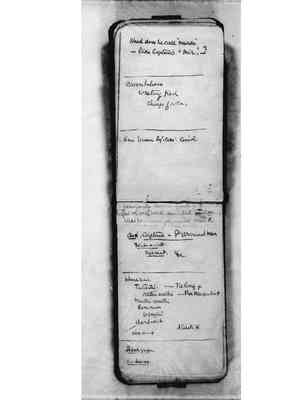 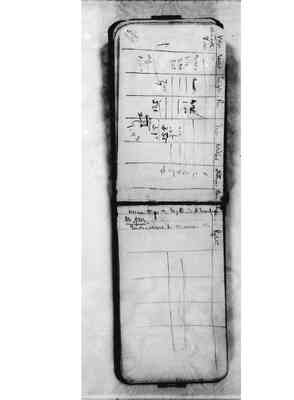