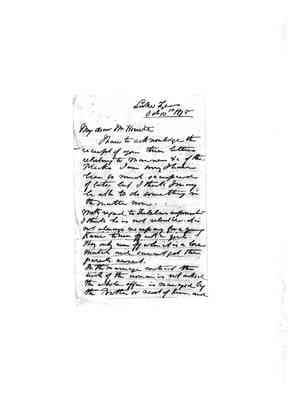 'Lake Tyers Oct 10th 1878 My dear Mr Howitt, I have to acknowledge the receipt of your three letters relating to the Manners +c of the Blacks. I am sorry I have been so much occupied of late but I think I may be able to do something in the matter now. With regard to Tulebas information I think he is not reliable. It is not always necessary for a young Kani to run off with a girl. They only run off when it is a love match and cannot get the parents consent. In the marriage contract the wish of the woman is not asked. The whole affair is managed by the Brother or next of kin, and 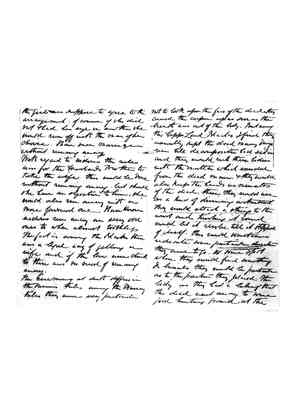 [left hand column] the girl was suppose [sic] to agree to the arrangement. Of course if she did not and had her eye on another she would run off with the man of her choice. I have seen marriages without running away. With regard to widows the rule was for the Husbands Brother to take the wife this would be done without running away. But should she have an objection to him, she would also run away with a more favoured one. I have known widows run away and very old ones to [sic] when almost toothless. The fact is among the Blacks there was a legal way of getting a wife and if the law were stuck to there was no need of running away. The ceremony at death differs in the various tribes[.] among the Murray tribes they were very particular

[right hand column] not to look upon the face of the dead. They carried the corpse up as soon as the breath was out of the body. But among the Gipps Land Blacks I find they usually kept the dead many days even till decomposition had set in and they would rub their bodies with the matter which exuded from the dead man and they would also keep the hands as mementos of the dead, these they would use as a kind of divining instrument. They would attach a string to the wrist and twisting it round would let it revolve until it stopped of itself. This would sometimes indicate some particular direction they were to go. Some spot where they would find something. In burials they would be particular as to the position they placed the body as they had a belief that the dead went away to some good hunting ground at the

Last edit about 2 years ago by J Gibson 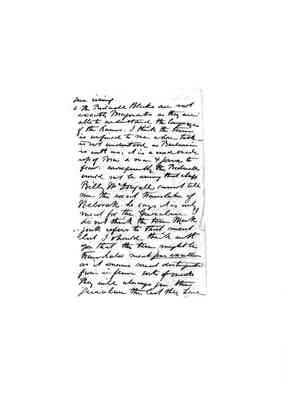 sun rising. 4 The Bidwell Blacks are not exactly Brajeraks as they are able to understand the language of the Kanis. I think the term is confined to men whose talk is not understood as Barbarian is with us, it is a word made up of Bra a man + Jerra to fear. Consequently the Bidwells would not be among that class. Billy McDougall cannot tell me the exact translation of Neborak. he says it is only meant for the Guiaban. I do not think the term Muk jeak refers to that meat but I should think with you that the term might be translated meat par excellence as it means meat distinguished from inferior sorts of meats. They will always give the guiaban the best they have 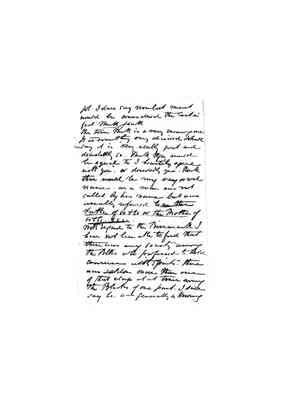 got. I dare say wombat meat would be considered the best in fact Muk jeak. The term Muk is a very meaning[?] one. It is something very decided. I should say it is very really great and decidedly so. I think Nga would be equal to ["]I heartily agree with you”, or decidedly yes. Muk then would be my very or real name as a man was not called by his name but was usually referred to as the father of so and so to the Brother of so and so +ccc. With regard to the Birrarark I have not been able to find that there was any society among the Blacks who professed to hold commerce with spirits. There was seldom more than one of that class at at [sic] time among the Blacks of one part. I dare say he was generally a knowing

Last edit about 2 years ago by J Gibson 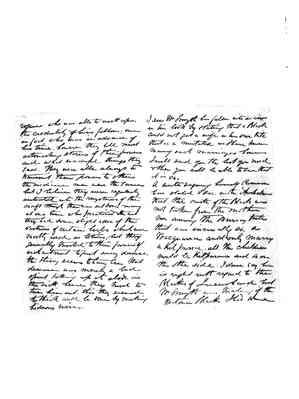 [left hand column] rogue who was able to work upon the credulity of his fellows: one in fact who was in advance of his time. However they tell most astonishing stories of their powers and what wonderful things they saw. They were able always to transmit their powers to others The medicine men were the same but I believe they were regularly initiated into the mysteries of the craft though there was seldom many at one time who practised the art. They had some slight idea of the virtues of certain herbs which were mostly used as lotions, but they generally [??] to their powers of enchantment to put away disease. The theory seems to have been that disease was merely a bad spirit taking up its abode in the sick hence they had to turn him out. This they seemed to think could be done by making hideous noises.

[right hand column] I see Mr Smyth has fallen into an error in his book by stating that a Black could not get a wife in his own tribe. That is a mistake as I have known many such marriages however I will send you the list you need and then you will be able to see that it is so.

A writer signing himself Cameron has stated I see in the Australian that the caste of the Black was not taken from the Mother from[?] among the Murray tribes. That was universally so. A Macquarra could only marry a Kilparra all the children would be Kilparras and so on the other side. I dare say he is right with respect to the Blacks of Queensland but Mr Smyth was writing of the Victorian Blacks. I had some