David Schenck was a lawyer of Lincoln and Greensboro, N.C., Superior Court Judge of the Ninth Judicial District of North Carolina, 1874-1882, general counsel of the Richmond and Danville Railroad, and president of the Guilford Battleground Co. The collection consists of diaries, 1849-1901, and scrapbooks, 1883-1884 and 1888-1901, of David Schenck. The diaries give an extensive picture of Schenck's professional, political, and intellectual activities; family and religious life; and civic and social surroundings. They cover his youth and education, legal career, membership in the secession convention, public opinion and everyday life in North Carolina during the War while Schenck was associated with civilian war efforts, social conditions and activities of the Democratic Party in Lincoln County, N.C., during Reconstruction, including Klan activity, Schenck's term as superior court judge, and his later life in Greensboro, where he was involved in all phases of public life and concerned with education, race relations, and labor questions, and an active author and collector of state history. Occasional memoranda books overlap and supplement the diaries. Also included are records and minutes of the Guilford Battleground Co., 1887-1894 and 1911-1917. 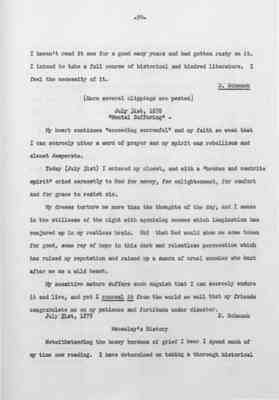 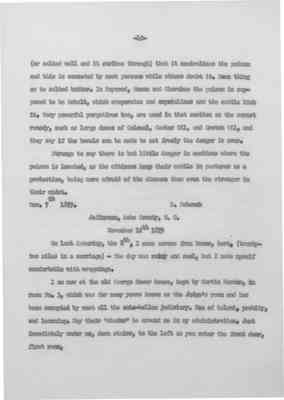