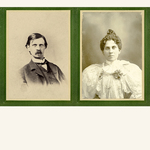 Henry (Harry) and Nellie Mighels were prominent Nineteenth-century Nevadans. They both grew up in Maine, where they fell in love when she was sixteen and he was twenty-nine. They carried on a long courtship through letters after Harry left for the Civil War in 1863. After being injured in 1865, he left the battle front for the new state of Nevada to edit the Carson Daily Appeal in Carson City. The correspondence ended in 1866 when Nellie came west and they were married, but this collection includes an additional three dozen letters from relatives they left behind in Maine. Harry and Nellie lived in Carson City for the rest of their lives, running a newspaper and raising four children. After Harry died in 1879, Nellie became the publisher of the Appeal. She hired Sam Davis as the editor, and later married him. Nellie had two more children with Sam, managed their ranch, and stayed active in the newspaper business and civic activities. She died at the age of 101 in 1945. These love letters between Harry and Nellie before their marriage document a civil war-era romance and the very early days of Nevada. Please contact Special Collections if you are interested in transcribing these letters or editing pages that were transcribed earlier. 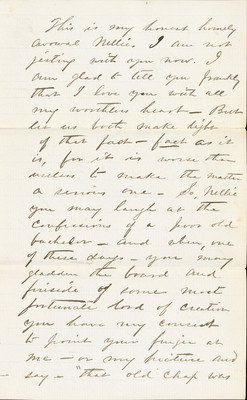 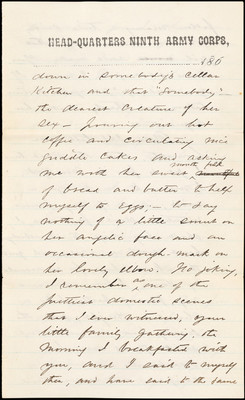 Two Civil War letters to Nellie Verrill in Norway, Maine from Harry Mighels in Lyons Mills and Morristown, Tennessee in 1864. 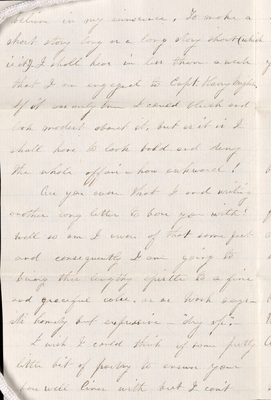 Two letters to Harry on the battlefront of the Civil War from Nellie in Maine, in 1863 and 1864 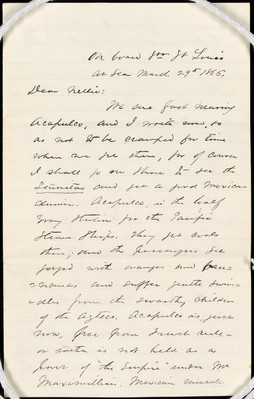 Five letters from Harry to Nellie while he was in transit to Nevada, from March through May, 1865. He wrote from New York, while on board the steamer St. Louis, and after arriving in San Francisco. 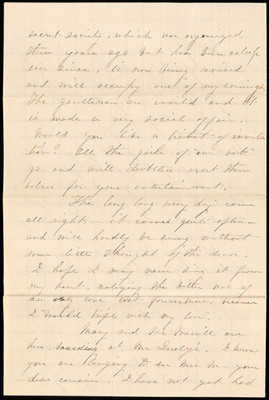 Three letters to Harry in San Francisco from Nellie in Maine 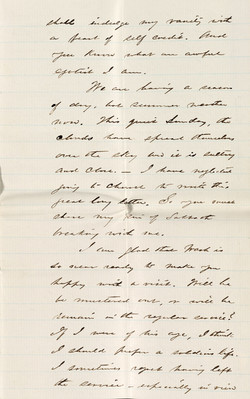 Five letters to Nellie in Maine from Harry, getting settled in Carson City. 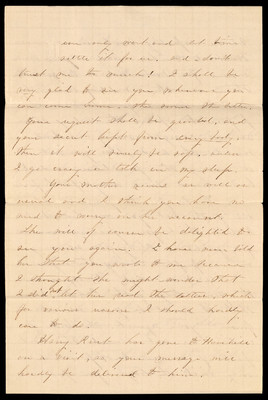 Five letters to Harry as he was moving from San Francisco to Carson City from Nellie in Maine in May and June, 1865 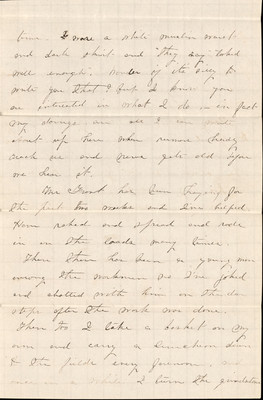 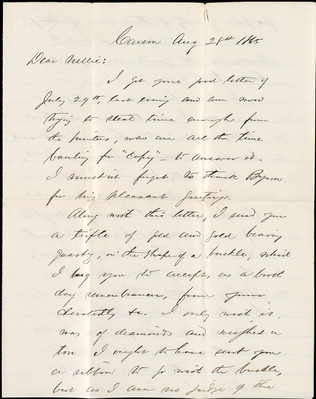 Six letters to Nellie in Maine from Harry in Carson City, August and September 1865. 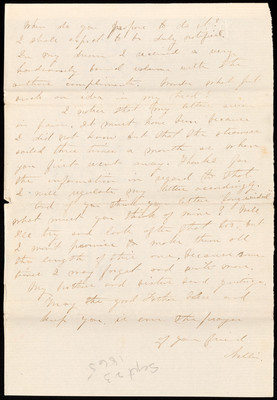 Five letters to Harry in Carson City from Nellie in Maine