Reno, Nevada was considered the Divorce Capital of the World for six decades during the Twentieth Century. After the residency requirement was reduced to six weeks in 1931, thousands of men and women spent those weeks in boarding houses, hotels, and "divorce ranches" in Nevada. Special Collections, in the University of Nevada, Reno Libraries, hosts primary materials that document some of their experiences, including these letters to and from guest ranch proprietors, judges, and attorneys. The letters have now been transcribed, but some of them still need to be reviewed (proofread and edited). If you would like to review transcripts, contact Special Collections. For more information about Reno's divorce history, visit Illuminating Reno's Divorce Industry. 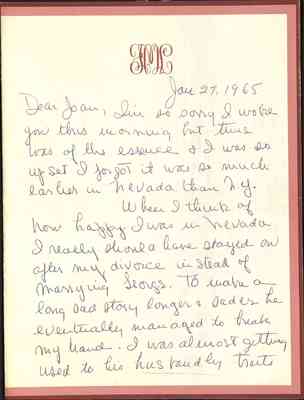 Former guest Felice writes to Joan about her abusive relationship with her second husband in 1965. 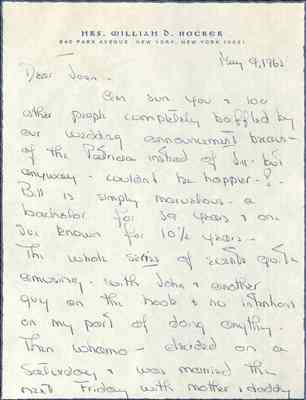 A 1965 letter from Jill to Joan Drackert, talking about her new marriage with a man named Bill. 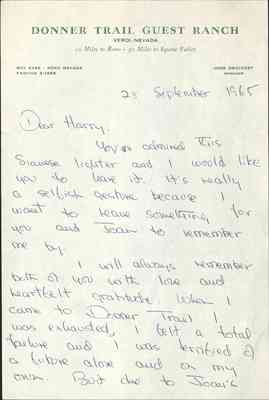 A 1965 letter from Mary, a guest at the Pyramid Lake Guest Ranch, in which she gifts a lighter to Harry and extends her gratitude for the Drackerts' emotional support. 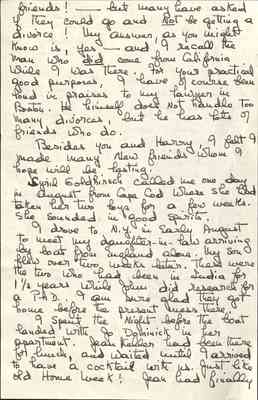 A four page letter from Nancy to Joan, giving updates about her own life after the ranch as well as those of the friends she made while there. 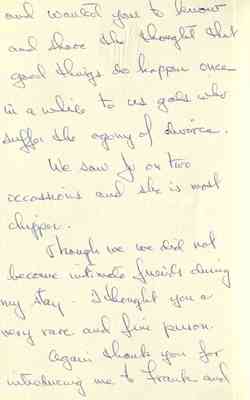 A 1965 letter from former guest Phoebe Phillips, where she expresses her appreciation and love for Harry and Joan. 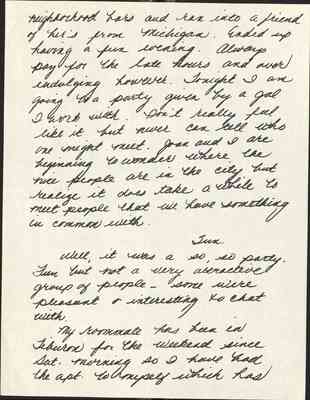 A letter from Sally to Joan and Harry discussing her social life in the city after returning home from the Pyramid Lake Guest Ranch. 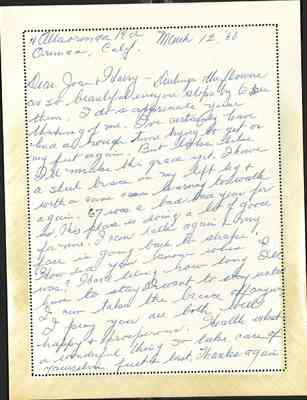 A 1968 letter from Margaret Balla to Joan Drackert, giving thanks for a floral arrangement she received after having broken her leg. 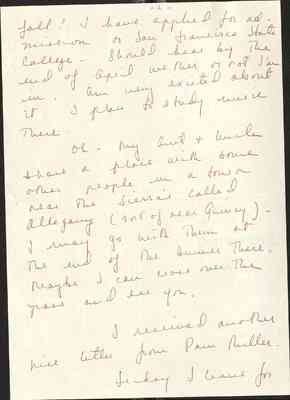 A four page, 1968 letter from former guest, Reed Buchanan, to Harry and Joan.

4 months agoJannyp wrote Quite a few illegible areas in this batch due to pages creased.
Show More