This universalistic and rationalistic turn in Fleckeles’s thinking may be attributed in part to a reaction against the havoc wreaked by the public ascendancy in the mid-eighteenth century of the Kabbalah and its related movements—Hasidism and, more relevantly in the Bohemian milieu, Sabbatianism. Fleckeles had clashed earlier with Sabbatians in Goitein. In the summer of 1799, he instigated a fierce campaign against the resurgence of the last remnants of the movement that formed around the prestigious Wehle family in Prague. The fourth volume of his sermons, Ahavat David (1800), agitated against the sect and earned him several days in jail. 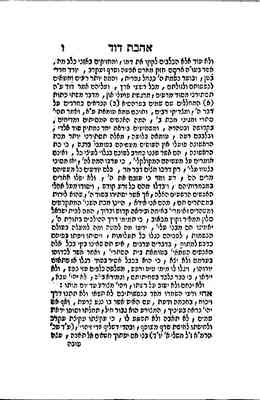