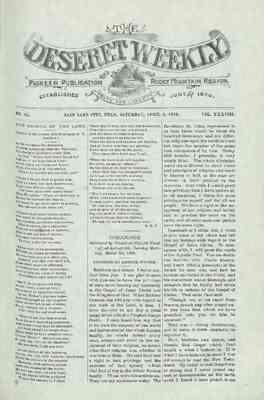 Brethren and sisters: I feel to say God bless you. I am glad to meet with you and to have the privilege of once more bearing my testimony to the Gospel of Jesus Christ and the Kingdom of God. What Brother Cannon has told you with regard to the work of the Lord, is true. I have traveled in my day a great many miles with the Prophet Joseph Smith. I once heard him say that if he were the emperor of the world and had control of the whole human family, we would defend every man, woman and child in the enjoyment of their religion, no matter what their religion was, whether it was true or false. He said they had a right to that privilege, and the exercise of that agency which God had given to the whole human family. Those were his sentiments. They are my sentiments today. The

Revelator, St. John, represented to us that there would be about six hundred three-score and six different religions upon the earth in these last days—the number of the name that was spoken of by him. Today that number, I presume, is very nearly filled. The whole Christian world are as diverse in their views and principles of religion and roads to heaven or hell, as the stars are diverse in their position in the heavens. And while I would grant this privilege that I have spoken of, to all mankind, I claim the same privilege for myself and for all our people. We have a right to the enjoyment of our religion and belief, and to practice the same on the earth; and all other sects and parties have the same right.

Inasmuch as I claim this, I want to give some of my views and tell you my feelings with regard to the Gospel of Jesus Christ. To commence with, I will quote the words of the Apostle Paul. You are doubtless familiar with Paul’s history, and know what a persecutor of the Saints he once was, and how he became converted to the truth; and his conversion was so thorough and complete that he finally laid down his life in defense of the Gospel of Christ. That same Paul said:

“Though we, or an angel from heaven, preach any other gospel unto you than that which we have preached unto you, let him be accursed.”

That was a strong declaration; and to make it more emphatic, he repeated it.

Now, brethren and sisters, and friends, that Gospel which Paul taught is what I believe in. It is what I have believed in since I was old enough to read the New Testament. My belief in that Gospel was so strong that I never joined any sect or denomination on the earth until I heard a man preach to me 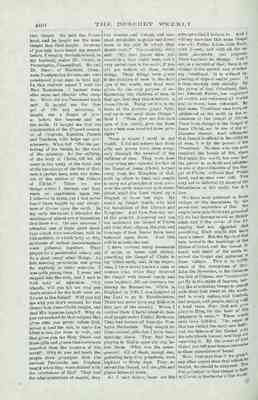 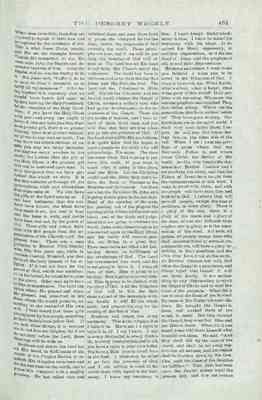 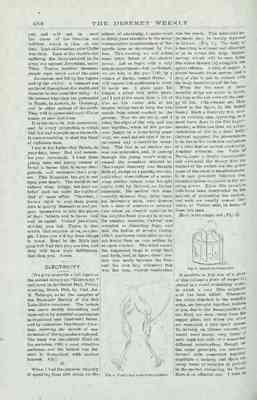 yet, and will not be until the times of the Gentiles are fulfilled, which is close at our door. Look at Jerusalem after Christ was slain. Look at the trouble and suffering the Jews endured in the great war against Jerusalem, under Titus. Twelve hundred thousand people were taken out of the gates

Jerusalem and fell by the famine and by the sword. A remnant was scattered throughout the world, and remains in that condition today. At the present time they are persecuted in Russia, in Austria, in Germany, and in other nations of the earth. They will be persecuted until Christ comes, or near that time.

It is the same in this generation, and in every generation in which God has had a people upon the earth. It costs something to shed the blood of righteous men.

I say to the Latter-day Saints, do your duty, honor God and remember your covenants. I want these young men and young women of Israel to honor God, to honor their parents, and remember their prayers. This Kingdom has got to rest upon your heads. The world do not believe these things; but their unbelief does not make the truths of God of none effect. Therefore, I have a right to urge these young men to qualify themselves and prepare themselves to take the places of their fathers, and to honor God and be united. United you stand, divided you fall. Union is that which God requires of us, as a people. I hope you will lay these things to heart. Read in the Bible and you will find that they are true, and they will have their fulfillment. God bless you. Amen.

Last edit 2 months ago by Jannyp
Displaying all 4 Page

For more information about the project, visit www.wilfordwoodruffpapers.org.