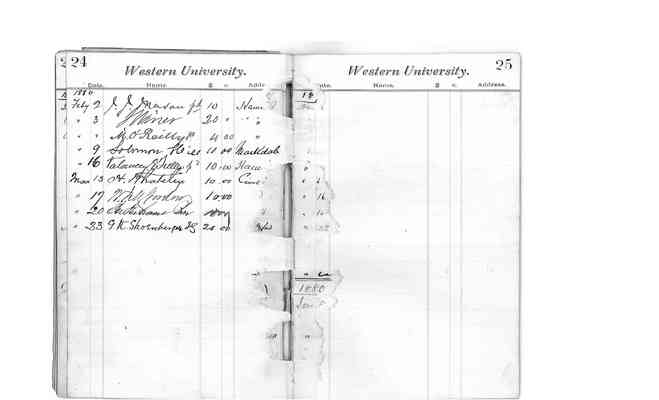 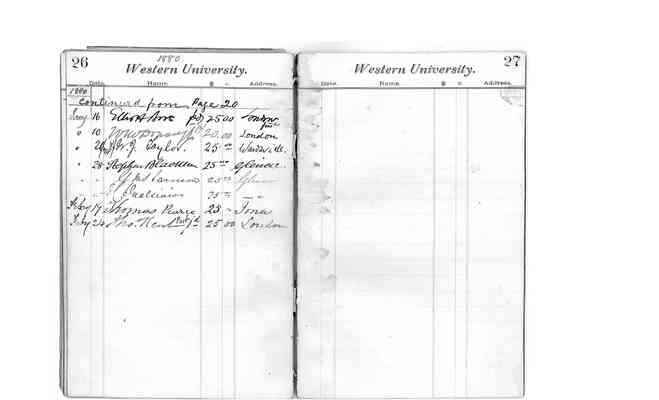 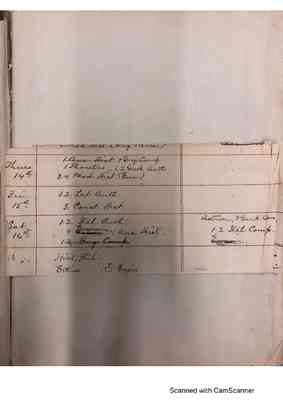 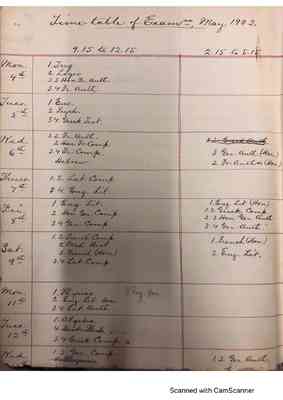 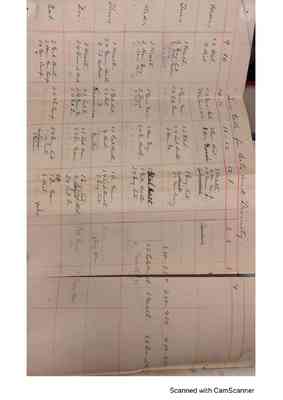 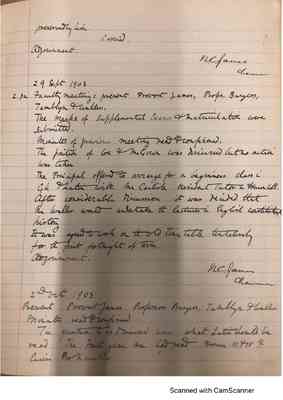 Preserved by him. Carried. Adjournment.

The Principal offered to arrange for a beginners class in Gk & Latin with Mr. Carlisle Resident tutor to Huron Coll. After considerable discussion it was decided that Mr. Waller would undertake the lectures in English constitutional history.

It was agreed to work on the old time table tentatively for the first fortnight of term. Adjournment. N.C. James Chairman

2nd Oct 1903 Present Provost James Professors Burgess, Tamblyn & Waller Minutes read & confirmed. The question to be discussed was what Latin should be read. The First year we had read Homer III & IV & [???] 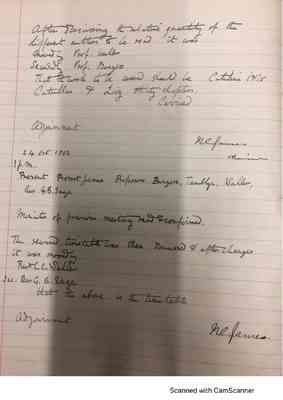 After discussing the relative quantity of the different authors to be read it was Moved by Prof. Wallers Seconded by Prof. Burgess That the work to be covered should be Catiline I & IV Catullus & [illegible] thirty chapters. Carried. Adjournmet

The revised timetable was then discussed and after changes it was moved by Rev. C. C. Waller Sec. Rev. G. B. Sage that the above be the timetable. Adjournment N.C. James 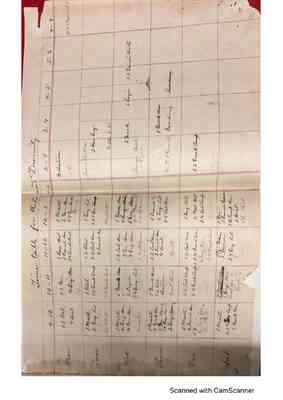 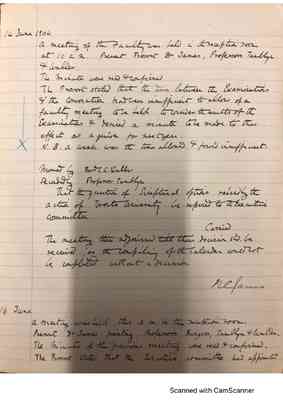 14 June 1904 A meeting of the Faculty was held in the reception room at 10 a.m. Present Provost Dr. James, Professor Tamblyn & Waller. The Minutes were read & confirmed The Provost stated that the time between the Examinations & the Convocation not been insufficient to allow of a faculty meeting to be held to review the results of the Examinations & review a minute to be made to this effect as a guide for next year. N.B. a week was the time allowed & found insufficient.

Moved by Rev. C.C. Waller Seconded by Professor Tamblyn That the question of Scriptural option raised by the action of Toronto UIniversity be reported to the Executive Committee. Carried. The meeting was adjourned till their revision shd[?] be received, as the compiling of the Calendar could not be completed without a revision.

16 June A meeting was held this a.m. in the reception room. Present Dr. James presiding, Professors Burgess, Tamblyn & Waller. The Minutes of the previous meeting were read & confirmed. The Provost stated that the Executive Committee had appointed 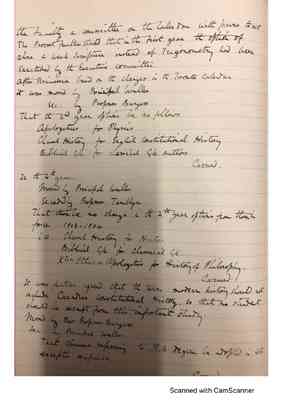 the Faculty a committee on the [?] with power to act The Provost further stated that in the first year the option of 2 hrs a week scripture instead of Trigonometry had been sanctioned by the Executive Committee After discussion based on the changes in the Toronto Calendar it was moved by Principal Wallen sec. by Professor Burgess That the 3rd year option be as follows Apolgetics for Physics Class[?] History for English Constitutional History Biblical Gk. to Classical Gk. authors Carried In the 4th year Moved by Principal Wallen Seconded by Professor Tamblyn That there be no change in the 4th year options from those in force 1903-1904 i.e. Classical History for History Biblical Gk. for Classical Gk. X[?] Ethics on Apologetics for History of Philosophy Carried It was further agreed that the term modern history should not include Canadian Constitutional History, so that no student should be exempt from this important study Moved by Rev. Professor Burgess Sec by Principal Wallen That clauses referring to M.A. degree be adopted in toto exceptitis excep[?].