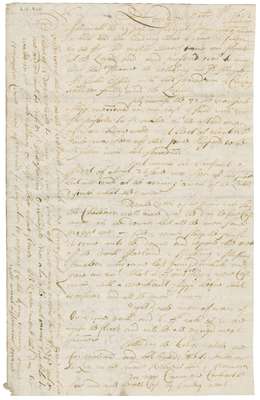 plymouth the 30 the transporte shipp mencioned in my last is sailed with 300 ffrench prisoners to St Maloe [....] the ostend man of war homeward - A fleet of about 26 sail was seen off that porte supposed to be Sir John with his squadron 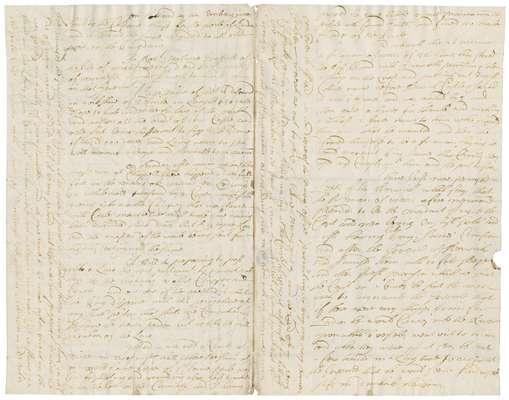 on Satturday an embargo was sent to the Custome house for the porte of London and its beleived the same is ordered to all other ports in the kingdom Sir Robert Holme Governor of the Isle of wight being dead the Lord [marquess] of Winchester stands ffairest to succeed him in that Government A Large mine of salt is discovered in yorkshire of 3 miles in Lenght & 30 yards deep 16 foote under the surface of the earth and answers all the ends of new Castle and other forts being sufficient to supply the kingdom of England 100 yeares and Lying near to sea will become Cheape and serviceable to the nation On Sunday after noone when her Maiesty was at Chappell there happened a dreadfull fire in the marquess of Wimbleden Lodgings in whitehall occasioned by a Coper whose ffunell goeing into a nother Chimney that was stored with Coales mantle tree high tooke fire having been enkindled some dayes but sir Xtopher Ren and the masters of the worke being sent for happily extinguished the same A Bill is preparing to pass into a Law the next parliament: to prevent rob bery on the highway as alsoe Chippers and Coyners and one one of the methods is that the King dispence with his perogatiue that any such person that shall be convicted for the same be never pardon but left to the full execucion of the Law Yesterday was held a Courte of Virge in westminster hall where the firm of Mr Webb Game keeper of St James Parke was tryed for shooting and wounding aboy last winter upon the lettre on the [Carmalt] and it being

I have just now perused a Letter from Berwich which says that the ffrench man of war afore mencioned pretended to be the mordant ffrigott the Captain and men being English scoth and Irish having [lately] hunge Iames [Comsron] and after the Governor of Berwich had furnished them with 10 fatt sheepe and other ffresh provision while he sent the Captain in boates he sent the men back to acquainte the Governor that if there were any shipps bound for London he would Convoy into the River upon which 6 vessels [....... to] him and when they were off at sea he sent a few hands in a Long boate to acquaint the Governor that he would see the said vessels safe in dunkirke harbour 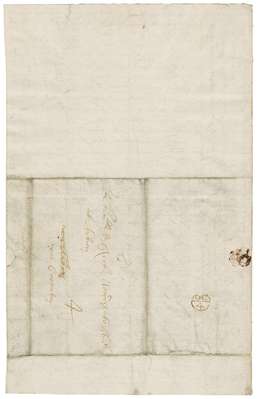 To The honourable Sir Richard: Newdigate Baronet at Arbury 4 near Coventry