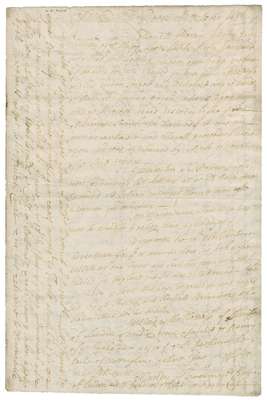 Yesterday the sherriff of sherriffes of Lundon & middlesex went & [su..ted] the Barons of the Exchequer & after that the Lord president, the Earle of Nottingham & others Done in the Citye on the Lord Maiors day

{& with them severall officers from fflanders to recruit the Regiments - Letters from Vi enna say they have advice that the plague rages amongst the Turks as much as in our Armye = They write from Rochell in ffrance of the 18th Instant of the king of denmark after he had [seen all] that was of [.....] towards the Coast of Brittanie & after having taken aview of all thereabouts [....e] to the ffrench Court & in his returne to Denmark} 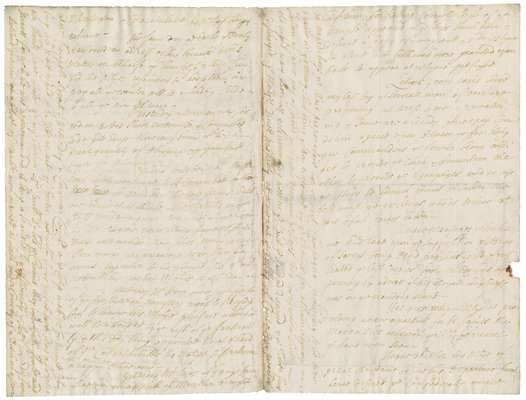 to Kensington & Congratulate his maiestyes happy returne - The same day the Earle of Danby presented an address of this [theucles] to his Maiestye on behalfe of himselfe & ships Crew for his Maiestyes resolution to keep them in pay all the winter will be a leading Carde to all the [men ashoare] - Yesterday a woman was seized in peters street [co........] & Committed to the Gate house there being bound with her a great quantity of Clippings & the Implements proper for Clipping Edinborough october 20th the [....] sons lately mentioned to be Committed for Drinking the late Kings health are admitted to Backe the Rebells in the Bass made a great Bonfire on the Top of the Rocks vpon King Iameses birth Day and made them selves merry great ffire workes are preparing here by a ffamous Engineer to be played the 4th of November his present Maiestyes Birth Day Yesterday Mr How one of the cheife of the Presbiterian Ministers went to Kensington to know his Maiestyes pleasure when he will be attended by the rest of the fraternity & this day being appointed be at the head of them Congratulated his Maiestyes safe return & happy Deliverance - Yesterday Mr Pitts of Geays Inn having an appeall of Murther brought

{alye Chappell Royall = Yesterday the Common Councill of the Citye mett & Continued sitting till [..] att night & passed an act of Common Councill that noe Inhabitant being a fforeigner should have a vote at any Election = Sir Samuel D- told the [Com...] they were both ffooles and knaves for which he was reprimanded it being a scandle to [the ......bly] = Letters Yesterday from Scotland further [...] a fleete of Merchant Men arrived at Leith vnder convoy of 2 Dutch men of war} of him for killing Councellor Hoyle of the Temple appeared at the Kings bench barr & desired a Coppy of the appeall & 5 dayes tyme to plead to it both which were granted vpon baile to appear at the tyme prefixed Letters from paris since my last say that severall men of Warr are preparing at Brest to goe a privateering & some are already gone vpon Condition agreed vpon between the ffrench: King & the Commanders the former being obleiged to provide the ships & Ammunition the other to provide the Equipages and in case the ships be sunck burnt or taken the loss must be the Kings who is to have 3d part of all prizes taken - The new Measures which we had laid vpon the supposition of the Duke of Savoys being Dead are like to be ffrustrated the last Currier from Piedmont appearing by advice that his Royall Highness was on the mending hand - His most xtran Maiestye is providing a new apartment for King. Iames the Moveables whearof will be the richest that have been seen - Hague 30th 8ber his Maiestye of great Brittaine before his Departure from hence desired the Confederates would 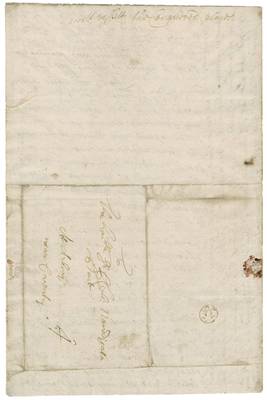 & will vissitt the Conquered places

To The honorable Sir Richard: Newdigate Baronet at Arbury 4 near Coventry