Jack Sheridan wrote several log books during his time sailing the vessel 'Portonian' in South Australian waters. Each is recorded in a three day to a page diary with entries made in pencil at regular intervals throughout the year. The first log has a note in the back page which refers to the wreck of the ketch INA on Sisby Island, 10 November 1917. The ketch 'Portonian' was bought by Jack Sheridan 1918/1919 and became a fishing vessel in 1924 and was wrecked in October 1924. The 'Alcairo' was wrecked at Marion Bay when it dragged anchor and ran ashore. The cargo of gypsum was unloaded but re-floating attempts failed. The yacht 'Isis' was owned by Sam Perry who employed Sheridan as Master. The donors of the books bough property at Western River, Kangaroo Island, from Ruth and Stan Sheridan - son of Jack - in 1966. Jack Sheridan was reported to be 'the last pirate' on Kangaroo Island. One story relates to a raid on a beached vessel, where the floating cargo of Oregon timber was towed away. 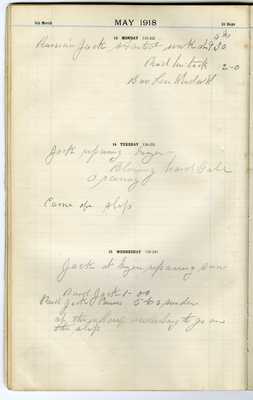 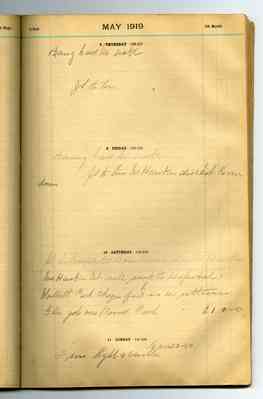