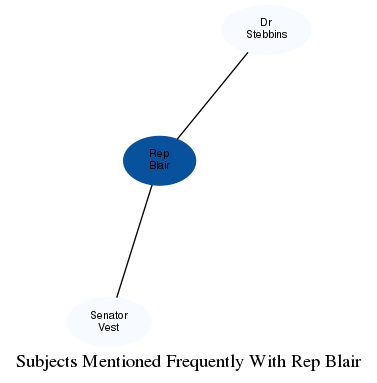 The graph displays the other subjects mentioned on the same pages as the subject “Rep Blair”. If the same subject occurs on a page with “Rep Blair” more than once, it appears closer to “Rep Blair” on the graph, and is colored in a darker shade. The closer a subject is to the center, the more "related" the subjects are.

Show pages that mention Rep Blair in all works