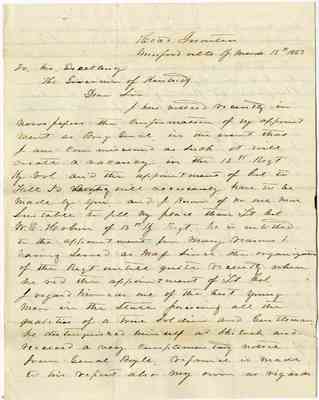 To his Excellency The Governor of Kentucky

Dear Sir: I have noticed recently in the newspapers the comfirmation of my appointment as Brig Gen'r'l in the event that I am commissioned as such it will create a vacancy in the 13th Regt Ky Vol and the appointment of Col to fill the vacancy will necessarily have to be made by you and I know of no one more Suitable to fill my place than Lt. Col. W.E. Hoban of 13th Ky Regt he is entitled to the appointment for many reasons and having served as Maj since the organization of the Regt untill quite recently when he recd the appointment of Lt. Col. I regard him as one of the best young men in the State posessing all the qualities of a true Soldier and Gentleman he distinguished himself at Shiloh and received a very complimentary notice from General Doyle reference is made to his report also my own as regards 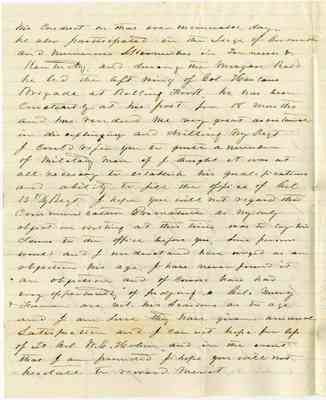 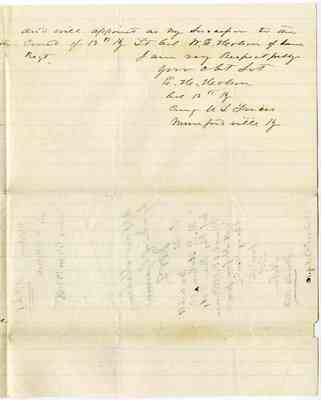 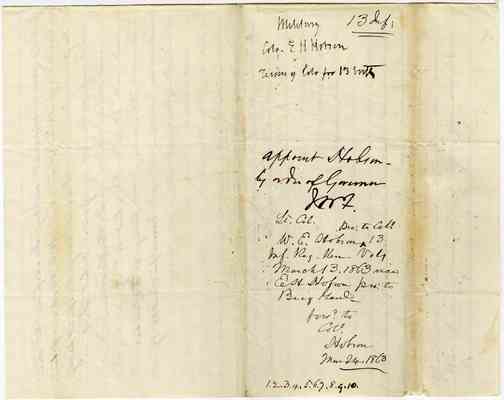