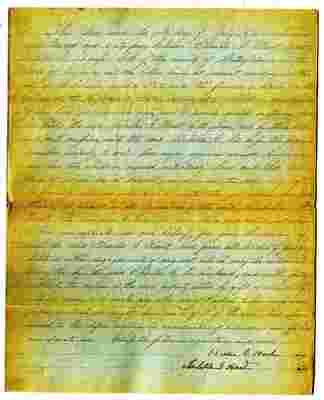 This Deed, made this 9th day of July A. D. on thousand eight hundred and sixty-for between Charles G. Hart and Isabella G., his wife, both of the county of Spottsylvania, in the State of Virginia, but the latter being at present residing in the city of Richmond, in said State, and the former a soldier in the service of the Confederal States, witnesseth: That in consideration of his love for his said wife, and to provide against suffering on her part, the said Charles G. Hart hath given, and by these presents doth confirm, unto the said Isabella G., his wife, the following described property, to wit: One negro woman named Angelina, and her two children, named respectively Sam and Lee, all three of whom are at present residing in the said city of Richmond, and one gold watch with the gold chain attached thereto, at present in the possession of the said Isabella G. Hart: To have and to hold the said slaves and watch and chain to her own separate use and behoof, free from the control of him the said Charles G. Hart, and from all liability for any debts or other engagements of any sort which may be contracted hereafter by the said Charles G., her husband; and with full authority to dispose of the said property either by gift or sale, or by will or deed, or to make any other use of it which to her may seem proper, or which see might have made of it if the same had been secured to her before coverture in consideration of marriage and for her own separate use. Witness the following signatures and seals. Charles G. Hart seal Isabella G Hart seal 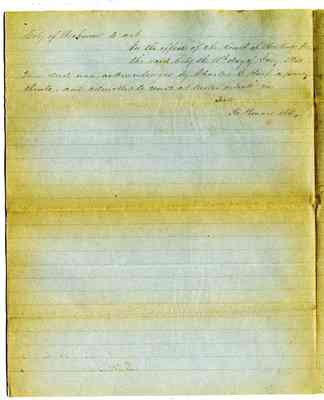 City of Richmond to wit In the office of the Court of Hustings for the said City the 11th day of July 1864 This deed was acknowledged by Charles G Hart a party thereto, and admitted to record at twelve o'clock [blank] M. Teste Ro Howard clk 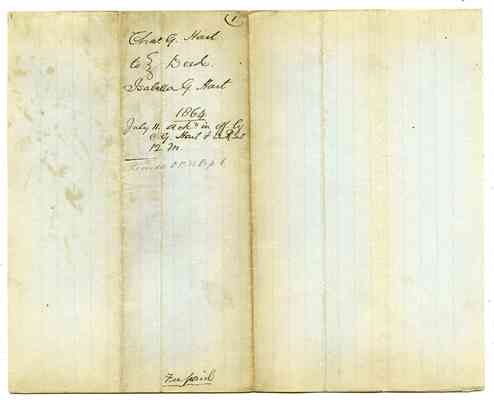