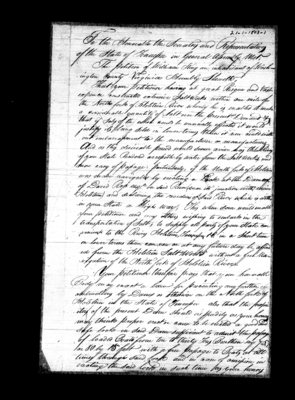 Text of Petition: 21-1-1803-1 To the Honorable the Senators and Representatives of the State of Tennessee in General Assembly Met; The Petition of William King an inhabitant of Washington County Virginia Humbly Showeth, That your petitioner having at great Risque and Vast expence constructed extensive Salt works within one mile of the North fork of Holstein River whereby he is enabled to make a considerable quantity of Salt over the Present Demand & that if Sale of the whole could be annually effected it would justify its being sold on lower terms than it now could without embarrassment to the manufactures or manufacturers And as this desirable period would sooner arrive was the River of your State Rendered accessible by water from the Salt Works, and more easy of Passage: Particularly, if the North fork of Holstein was made navigable by erecting a Lock at the Dam of of David Ross esqe. on said River (near its junction with main Holstein) and declaring the residue of Said River which is with-in your State a High way; This when done would enable transportation of Salt; to supply all parts of your State con venient to the Rivers Holstein, Tennessee &c. in a Short time on lower terms than can now or at any future day be afford-ed from the Holstein Salt Works without a free Na-vigation of the North fork of Holstein River.

Your petitioner therefore prays that your honorable Body may enact a law for preventing any further ob obstructions by Dams or otherwise on the North fork of Holstein in the State of Tennessee also that the propri- etors of the present Dam should as speedily as your honors may think Proper erect or cause to be erected a good and safe lock on said Dam sufficient to admit the passage of loaded Boats from ten to thirty Tons Burthen say 75, or 80 by 15 feet with a free Passage to Boats at all times through said lock and in case of omission in erecting the said lock in such time as your honors 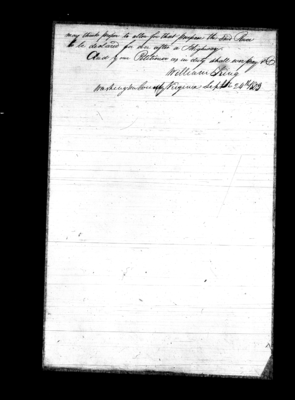 Text of Petition: may think proper to allow for that purpose the said River to be declared for ever after a Highway.

And your Petitioner as in duty shall ever pray &c. William King 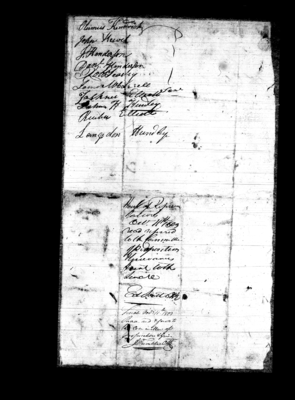 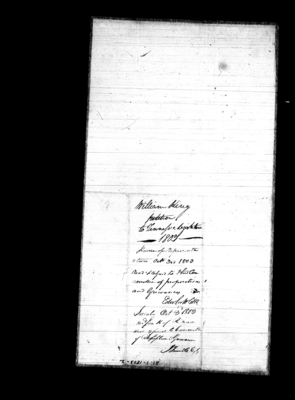 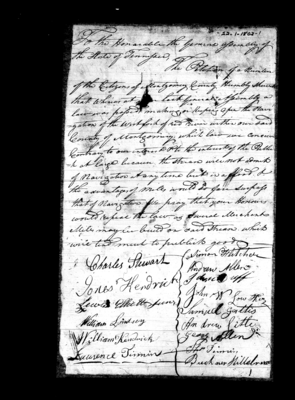 Petitioner(s): a Number of the Citizens of Montgomery County

To the Honorable the General assembly of the State of Tennessee, The Petition of a Number of the Citizens of Montgomery County Humbly showeth that whereas at {} last General Assembly a law was passed, making, or keeping open the navi=gation of the West fork of red river within our said County of Montgomery, which law we conceive Contrary to our interest & to the interest of the Public =k at large because the stream will not admit of Navigation at any time but in a flood & the advantage of Mills would so far surpass that of Navigation. We pray that your Honours would repeal the law as several merchant Mills may be build on said stream which will tend much to publick good.

Thank each of you!